Why DBC was worth the investment 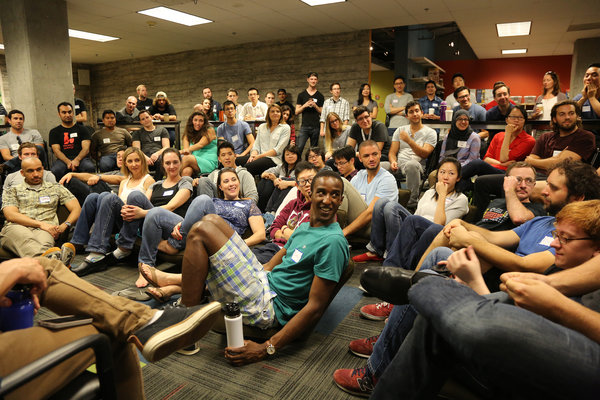 I attended DevBootcamp in summer of 2014 (Gopher Snakes San Francisco!) It’s one of the original coding Bootcamps that sprung up in recent years to help plug the demand for reasonably competent junior software developers in the tech industry. The pitch is something along the lines of “learn enough about coding to get hired in only 9 weeks of intensive effort”.

You can already see a bunch of mysterious ‘DBC Reflection’ notes I wrote during my time there that are mostly for my personal benefit. A quick skim through them gives an insight into what the curriculum was like at the time and how little time there was to put together meaningful prose.

This post collects my final impressions of DBC as a learning program more coherently.

I applied for DBC at the beginning of 2014 after about 2 months of deliberation and 3 years of increasing disdain for my dayjob activities. I knew enough about software to know that there was plenty of opportunity to create more beautiful and meaningful tools, but I didn’t know enough to remedy the situation myself.

After a few months of very slow learning via online courses and tinkering, I was introduced to someone that had just finished DBC in Chicago. He sold me on the concept with enthusiasm while describing his take on their core value proposition (paraphrasing slightly):

“DevBootcamp facilitates accelerated learning, if you’re ready for it.”

Why it was great

There are many more details than what I’ve already mentioned in this post, but these are my lasting impressions about my overall very positive experience. I was looking for a general review like this when I was researching what it was like so hopefully this can help someone else considering a coding bootcamp. Feel free to comment below with any questions or feedback.